Free on the Inside Disciple Rhinehart (his real name) has a long life journey already for a man so young. Our OUTLOOK team visited Disciple at his apartment in Nebraska to hear how this passionate new believer is sharing Jesus with others.

Disciple, tell us a bit about your background.

I didn’t know my mom or my dad growing up. My grandparents took us in and cared for us. We lived in California. They were Adventists and took us to church. We learned the little stories and had fun times, going camping and such. I lived with my grandparents for 19 years.

I was a stubborn person and I didn’t really want to do good. I just wanted to feel good and have everything. I took different jobs around the country and started running with the wrong crowds. Then I got into drugs and alcohol. I’d have a bad night of drinking and end up in jail and lose my job. I didn’t care about anything except getting high.

One time when I was drunk I assaulted a police officer in a parking lot in Nebraska and got sent to prison. I didn’t know anyone in Nebraska. I was very angry about being there and caused a lot of trouble. Eventually I was assigned to what they call “intensive management” where everything is taken away from you. I was all alone, hungry and hurting.

Finally I was humbled and asked for God’s help. I felt something come over me—a kind of joy— and I started reading the prison Bible called Free on the Inside, which by law I was able to have if I requested it. I read the Gospels through three times back to back. That captured my heart and I knew Jesus was speaking truth.

What was the next step for you?

When I got out of the hole I met a man in the general prison population who gave me this magazine called OUTLOOK. I had a burning desire to read stuff about God. When I read the magazine, memories started clicking in my brain from my childhood, about how my grandparents had shepherded me and encouraged me to get an education. That magazine meant a lot to me and helped me set a course when I was released from prison.

What specifically caught your attention?

That there was an Adventist college in Nebraska! I didn’t know there was much of anything around.

Also, while I was in prison I met a Pentecostal Christian man who was really kind and we connected. He said I could stay at his mother’s house when I was released. But when you live in a convict world you learn fast not to trust people. So I prayed about it a lot. And when I was released I did accept the offer to stay at their house. It was a nice house, and there was plenty of food to eat. Having a place to stay was the backbone of things for me. It was so awesome.

Right away I started researching different religions and making phone calls. I knew about the Sabbath and what happens to a person when they die, but I wanted to learn more. One day I took a taxi with my money from working at McDonald’s and went to Union College campus and just started walking around and talking to people. I met a chaplain named Byard Parks and he started giving me lessons about Jesus, written by Karen Lewis. He also took me to visit a couple of Adventist churches. At first I really struggled, hearing all the things people said in church. But after a while I felt more connected—eating with people at potlucks and talking to them and asking about Bible verses.

It was a struggle, though. I knew that being drunk or on drugs is not how you “do Jesus.” I couldn’t deal with my emotions in that state.

Did you find a church where you felt accepted?

Yes, on June 22, 2019, I was baptized and joined the Capitol View Seventh-day Adventist Church. Baptism was something I was really looking forward to. All these doors were just flying open.

And it’s an awesome thing to be there. I feel God’s presence there. I know that Jesus has done everything for our salvation. There is nothing we can do to earn it. But the people there do believe in healing. And the seminars really helped me since I still had to quit cigarettes.

Tell us about your current job.

I had worked a lot of factory jobs. Some food service too, but mostly factories. And I didn’t feel like they were doing anything for me.

After I got hurt at work and was looking for a different job, I went into the Help Center in Lincoln and told the man running the place that I felt like God told me to come in and ask for a job. I didn’t know what he would think. But he said he had the same experience when he started working there!

I’ve worked at the men’s shelter and the Help Center for six months now. The work is just genuinely caring for people, and telling them that they don’t have to be ashamed; we are there to help. It’s a job where you can care for the poor and talk about Jesus. Jesus is like a double friend. You get to spend private time with Him at home, plus public time with Him at church and everywhere else.

So what’s next for you?

Going to spread the gospel! I feel like I’ve been trying to figure out for the past three years how God wants me to share the gospel. I’ve prayed about it a lot. I’m 26 years old now and I’m getting ready to go to Belize for three months of training. Then I will go somewhere to work for six months. There will be 19 people in my missionary training group.

The organization I’m working through is called Move Americas. They have a pretty cool history. A guy from North Dakota had a bunch of money and just wanted to help people be prepared to talk about Jesus. I’m looking forward to all the things out there that I can do with God.

What would you like people to remember about your story?

I can look back now and say that I learned my lesson.We all have different paths to take. We all make mistakes but that two years was my last time in prison. I still look like this [holding up his hands], but on the inside I’m a different person. I just want to say to everyone that if God can do this for me I assure you He can do it for you. He is just waiting for you to ask Him.

Since this interview, Disciple has completed his training and is ready to go wherever God sends him. Learn more about Move Americas international missionary training and short-term assignments: movetraining.org. 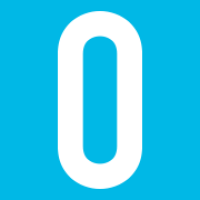 About the Author OUTLOOK Staff