Reading Corinthians threatens to put a hold on my search for Internet wisdom. Listen to this.

For the wisdom of this world is foolishness in God’s sight. As it is written: “He catches the wise in their craftiness”; and again, “The Lord knows that the thoughts of the wise are futile” ( I Cor. 3:19, 20).

Brand me wise, no sir. God catches the wise in their cleverness, their craftiness. And the trouble with Facebook is that God doesn’t have to record my craftiness, it’s right there, plain as day, saving His recording angels from the extra scribery.

The wisdom that has come to be called Facebook wisdom is subtly enticing. Here’s the second definition of Facebook wisdom from the Urban Dictionary. I didn’t use the first definition because you know, it says stuff I don’t want to say, and somebody is watching, right? Anyhow, check this out.

Ultimate stage of simplistic philosophy spread among facebook groups. This new-age ideology is mainly based on observations of life by mentally-challenged teenagers. It is generally related to relationship topics, despite writers having obviously no idea about what a relationship is. By connecting sweetness to dullness in a ‘poetic’ way, facebook wisdom creates a whole retarded approach to life.

“It’s easy to learn loving but hard to forget”

“You can only fight when you know what you fight for”

I’m left wondering who misspelled Goal, the website or the teenager or if it was intentionally crafted that way in the first place. It wouldn’t surprise me if a teenager wrote this definition, they are so smart these days. They have their own language, right? Gaol, yea, I could get with that.

The teenager’s name was probably Sophie, right? That’s just downright clever since  Sophia is the word for wisdom in Bible language.

Wisdom and cleverness aren’t so bad, it’s what you do with them. The next text in Corinthians says plainly (v.21), So then, no more boasting about men!

Good luck with that. Have you seen Facebook lately…like in the last five minutes? The search for the Clever so one can repost that Clever is what keeps Facebook humming along. The funny thing is, I can’t tell if someone posted something to make themselves look wise or clever or if they really posted something just to try and make life better for someone else. That’s a Jedi mind trick that I haven’t mastered yet.

Who am I to criticize the clever ones on Facebook? Shoot, come to think of it, I do a lot of that posting, reposting stuff. Okay, let’s not go there. Too close to home. Come on, cut me some slack, it’s fun to see how many people hit the like button when you share a witty joke or tell a great story or break the news about the cure for cancer.

No, I didn’t just confess. Sorry, if you were looking for something to jab me with next time we cross online you’ll have to find something else. I’m not going anywhere. Still gonna post the good stuff I’ve found or even created myself. But I have noticed that for some, the whole scene is growing tired. The reward of searching for Sophie on the internet hasn’t paid off for them. They write clever stuff, tell clever jokes, spread self generated wisdom, but it’s not enough. They want something more. Know anybody like that?

Our own forms of wisdom can only take us so far.

Ecclesiastes, known for it’s wisdom, suggests (maybe) that life boils down to eating and drinking. It also suggests that there is nothing new under the sun. Wait for it. Yep. There’s an app for that. One that helps you see where your friends are eating and drinking. And guess what? yep, it’s called Wisdom. And no, I’m not providing a link for it.

As always, your mission, should you choose to accept it, is to decide who’s wisdom you want to go with. Hint: From one of the original Wise Guys, James:

“If any of you lacks wisdom, you should ask God, who gives generously to all without finding fault, and it will be given to you” (James 1:5).

Has anybody seen Sophie around here, I’m still looking for Sophie. See you around the net!

Next post The Teacher's Notes: Discipling Through Metaphor, Lesson 2 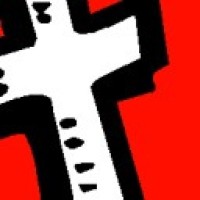 About the Author Marty Thurber

Marty Thurber has been a pastor for 30 years and has been blogging since the beginning of the blog age. He tends toward the positive and possible and is almost always looking at things differently. Marty lives in Lincoln, Nebraska with his wife, Debbie--a real gem--and has a son and daughter who also live in Lincoln. He is now a Hospice Chaplain at Tabitha Healthcare.