“Why do you trouble the woman? For she has done a good work for Me. For you have the poor with you always, but Me you do not have always. For in pouring this fragrant oil on My body, she did it for My burial. Assuredly, I say to you, wherever this gospel is preached in the whole world, what this woman has done will also be told as a memorial to her” (Matthew 26:10–13, NKJV).

“She has done what she could. She has come beforehand to anoint My body for burial” (Mark 14:8, NKJV).

What a wondrous thought… a woman anointed the Messiah for burial. While some in the church wouldn’t ordain her today… nevertheless, our Father in heaven ordained this former woman of the night as His chosen one to anoint THE CHOSEN ONE! She was no seminary graduate mind you, but “a sinner” according to Dr. Luke (Luke 7:37).

Isn’t that just like our Father, to let a sinner anoint our Savior. Praise His name that He still chooses sinners. He still picks fallen ones to honor His Son; those who have been pardoned to proclaim His praise. Those who have been brought from death to life to do the work of anointing… the work of ministry. In some parts of the world, women might be considered second class citizens. But in God’s book, this woman has been forever remembered… just as He said: “Wherever this gospel is preached in the whole world, what this woman has done will also be told as a memorial to her” (Matthew 26:13).

Who am I excluding from the service of our Savior? Today’s reflection brings to mind the children of our church. While much of Adventism is in a debate of whether or not to ordain women, I would ask another question. Would we ordain a child for ministry? What about a teenager? Would we ordain Samuel? What about David? The military calls our teens and twenty somethings to serve… They let them fly jets and fire rockets… Do we dare let them preach from pulpits or baptize in streams? It seems that God still has a lot of fulfilling left to do with His all flesh promise from the book of Joel:

“And it shall come to pass afterward that I will pour out My Spirit on all flesh; Your sons and your daughters shall prophesy, your old men shall dream dreams, your young men shall see visions” (Joel 2:28, NKJV).

I praise God that He ordained a 17-year-old girl from Gorham, Maine to receive dreams and visions which would inspire and instruct an end time movement. She is just a microcosm of His promise to pour out His Spirit on all flesh. Her faithful service from youth to senior citizen proves that God can use anyone of any gender at any season of life.

The key to calling is God’s Spirit falling upon those He ordains. The right to serve is not determined by humanity, only affirmed by humanity. Ultimately, we don’t do the ordaining, we only do the confirming of what God has declared. Therefore my prayer is that I will confirm what God has declared. May I see and recognize those whom He has called, man and woman, young and old. And may I give them freedom and room to serve and bless in His church… May I especially give His kids opportunity to serve… may I actively call the children to be His disciples. May we as a church be a part of His plan to pour out His Spirit on all flesh… young and old. May we be a part of His plan to turn the hearts of the fathers back to the children and the hearts of the children back to the fathers. 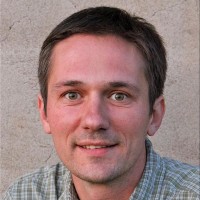