The Samaritan Woman Day and Night “Woman,” Jesus replied, “believe me, a time is coming when you will worship the Father neither on this mountain nor in Jerusalem.

His answer? “You get it,” he says to her. “The time will come when mountains don’t matter.” To the extent they do matter, the Samaritans are confused (worship what they do not know), and the Jews are correct (worship what we know; salvation is from the Jews). “But soon, in fact already, it’s people just like you God is looking for. People who understand that God is a spirit, He is not chained to one mountain or another. He wants people who understand that and worship Him for Who He is!”

It must be the answer she has been seeking. Still, it seems so large, so sweeping, so inclusive, so alien to the cultures she knows, it’s hard to take it all in. She senses in this stranger a wisdom beyond this world, even beyond that of the prophets. The vision of God he has shared with her awes her, humbles her. She loves it, but realizes she cannot comprehend it all. She needs help of the kind only one person can give.

The woman said, “I know that Messiah is coming. When he comes, he will explain everything to us.”—v. 25.

In some ways, the next words Jesus utters are the most astonishing declaration in all the gospels.

In all the gospels, this is the only time I can think of where he explicitly makes this claim. At his trial, when the High Priest demands to know if he is the son of God, Jesus replies, “It is as you have said.” When he read from Isaiah in the synagogue from Isaiah 61, he concluded by saying “Today this was fulfilled in your hearing,” from which his audience could infer he was the Messiah. But only here, to this Samaritan woman of the tarnished reputation, does he openly declare his identity.

And this becomes even more remarkable when we compare this episode with the one that preceded it, the encounter with Nicodemus. Usually we see similarities between the spiritual woman in the story and some notable male character. But from the beginning, John’s gospel features dramatic contrasts: light and darkness, above and below, heaven and earth, the already and the not yet. And so it is with the woman at the well and Nicodemus. We have already mentioned some of these.

If we were primarily interested in Nicodemus, we could say much more about his encounter with Jesus. Since we are focused on the Woman at the Well, and Nicodemus serves mainly as contrast. And what a contrast he provides.

Nicodemus is a Jewish leader. The Jews were to be a “light unto the nations[See Isaiah 42:6; 49:6; 60:3.].” So here comes this leader of the “light” to the One who is the Light—in the dark! After verbally sparring with Jesus, he leaves in darkness, both literal and spiritual. The last words Jesus says to him:

This is the verdict: Light has come into the world, but people loved darkness instead of light because their deeds were evil.

Everyone who does evil hates the light, and will not come into the light for fear that their deeds will be exposed.

But whoever lives by the truth comes into the light, so that it may be seen plainly that what they have done has been done in the sight of God.—John 3:19-21.

This is the verdict?! What a condemnation! Nicodemus came to him in darkness, and Jesus tells him that those who do evil will not come into the light!

This explains why John made certain to tell us that the encounter with the Woman at the Well came “about noon!” Although the Jews would have seen her, especially with her troubled marital history, as a child of darkness, she “comes into the light,” both literally and spiritually, as she believes in Jesus as the Messiah!

The account of the Woman at the Well would be remarkable enough on its own, but John contrasted her with Jewish leader Nicodemus to demonstrate unmistakably the deep humility and great faith of this gentile woman.

We’re almost done, but we have two loose ends to tie up. First, we left the Betrothal Narrative unfinished. After talking with Jesus at the well, she 5) rushes home to tell of this stranger.

Then, leaving her water jar, the woman went back to the town and said to the people, “Come, see a man who told me everything I ever did. Could this be the Messiah?” —John 4:29.

So far, so good. But what about the last two stages: 6) The stranger is then invited to share a meal, after which 7) a betrothal takes place.

Interestingly, as soon as the woman goes back to the town:

Meanwhile his disciples urged him, “Rabbi, eat something.”

But he said to them, “I have food to eat that you know nothing about.”

Then his disciples said to each other, “Could someone have brought him food?”
“My food,” said Jesus, “is to do the will of him who sent me and to finish his work.—vv. 32-34.

So, as we have come to expect, step 6 occurs, but with a twist. Jesus refers to a spiritual repast, rather than a physical one. Finally, step 7) betrothal. Does that happen? Well, clearly she believes, because her belief convinces others to seek Jesus. In the Old Testament, God says Israel is his bride; in the New Testament, and specifically in Revelation, also written by John, spiritual Israel, the church, is the Bride of Christ. Is it too great a stretch to conclude that since the Samaritan woman believes, she becomes part of the Bride? I’ll leave that to you.

And then we come to the question of whose “strong partner” this woman might be. She took the lead by taking the good news of the Messiah to her hometown, inhabited by gentiles, with excellent results:

Many of the Samaritans from that town believed in him because of the woman’s testimony . . . . So when the Samaritans came to him, they urged him to stay with them, and he stayed two days. And because of his words many more became believers.—vv. 39, 40.

This woman functioned as an apostle to the gentiles, the role the apostle Paul would later take on, making Paul her “strong partner.” And note another contrast: Nicodemus did not remain with Jesus through the night, but because of the woman’s testimony, Jesus remained with the gentiles two whole days.

The Woman at the Well, contrasted with Nicodemus, dramatically illustrates one of the main themes of John’s gospel:

He came to that which was his own, but his own did not receive him.

Yet to all who did receive him, to those who believed in his name, he gave the right to become children of God—John 1:11-12.

Eventually Nicodemus came to embrace Jesus as Messiah. But in chapter 3, Nicodemus, a Jew, one of God’s “own,” did not receive him. The Woman at the Well—though a gentile, a Samaritan, and an outcast even among the Samaritans—did.

Read other posts in the “Matriarchs and Prophets” series.

Print Friendly Version
Tags: Bible and womenMatriarchs and ProphetsprejudiceWoman at the Well 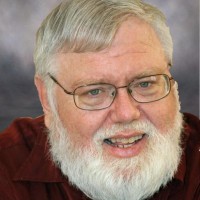