One of the internships that I have been doing this summer is taking pictures for the Lincoln Children’s Zoo. While I was taking pictures one day, I walked past the river otters’ exhibit. It was a hot day and it was the middle of the afternoon. I walked past their large pool and thought, “I wish I could be in there, that looks so refreshing.” (To be honest, it doesn’t look all that refreshing, its kind of dirty, like a river would be.) As I stared into the water, I noticed that the otters were not in there swimming. I walked around to the other side of the cage and realized that they had fallen asleep in each others arms up by the edge of the exhibit. I couldn’t help but stop and take a few pictures of them.

As humans, I have realized that trust is something isn’t so easily given. We tend to be skeptical with our trust, we hang on to it like its the most valuable thing on earth. In the animal kingdom, groups of animals depend on each other all the time, they trust each other. They are not afraid that one of their family members or friends is going to hurt them. They don’t have to worry about being let down. They just trust each other.  This brings to mind Matthew 6:26.  “Look at the birds of the air; they do not sow or reap or store away in barns, and yet your heavenly Father feeds them. Are you not much more valuable than they?”

As I thought more about this, I realized that there have been many times that I have taken on too much work because I don’t trust someone. There are times that I get too scared that someone else is going to let me down, and I know its going to hurt. We can’t live in this constant fear of being hurt or let down. We have to trust people, but more importantly we have to learn to trust God. It can be hard to let go of control and let someone else lead. For me, it has been hard sometimes to let go of big decisions because I want to be in control of my life. When I did let go and let God lead, I realized that I could trust him. I could depend on him. 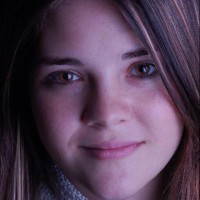 About the Author Jeannie Hinrichs

Hey! My name is Jeannie Hinrichs. I'm a Union College student at OUTLOOK magazine working on my internship requirements. I am originally from Orlando, Florida, but I'm planning on staying in the midwest for a while. I enjoy photography and writing. One day, my goal is to be a photographer. I hope you enjoy reading my blog!