It’s Tough Being A Woman The book of Esther is a fascinating study.  I love the story of Esther!  In my mind I think of Esther as a rags to riches kind of girl or maybe unknown to very well known or plain to extraordinarily not plain.  Have it your way, the truth is the story is very intriguing.

Right off the bat I have to tell you I am doing a Bible study on Esther and it has caused me to do a lot of thinking about being a woman.

Here is just a little background.  Esther was an orphan girl taken in by her uncle, Mordecai. Mordecai raised her as his own in the city of Sousa.  After Queen Vashti refused to come before the king when she was called, the king discarded her and after a time he started looking for a new Queen.

All of the lovely young, virgins were taken to the palace and they were given beauty treatments for one year. Can you imagine for one solid year just being pampered?  Don’t you think it would get old?  Don’t you think these young women were bored just over the “to do?”  And don’t you know they were for sure in competition with each other?  I am sure some of them were right down mean about it.

Esther had to compete with the beautiful Vashti, she lived in a place where the man next in charge after the king wanted to kill her people and she seems to be worth only as much as she was beautiful.

I think Esther was a very brave woman with extraordinary courage.  I think God put her where she was to serve her people but what shocks me is God is never mentioned in the book of Esther!! Why is that?

There is more to learn about this woman and I will keep you posted on the conclusion of Esther and what she stood for.

Next post Pro Life or Pro Choice (or Both?) 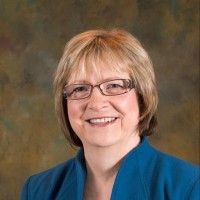 About the Author Nancy Buxton

I am married to Bob, we have 2 married children so 2 +2 makes 4 children and 6 grandchilden. I am the Women's Ministries director for the Mid-America Union. I also teach piano at Helen Hyatt Elementary School and in my home studio.